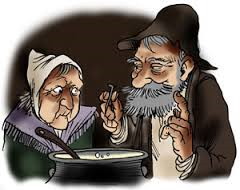 Ideas for activities at home linked to the 'Nail Soup' topic:

- Retelling the story with puppets, pictures or props! (top tip: wooden spoons can be easily made into a variety of characters!)

- Making your own soup at home - can children help chop ingredients (with supervision), use language related to measure and understand basic health and safety rules?

- Read a version of 'Stone Soup'. What is different to the story Nail Soup? What is the same? 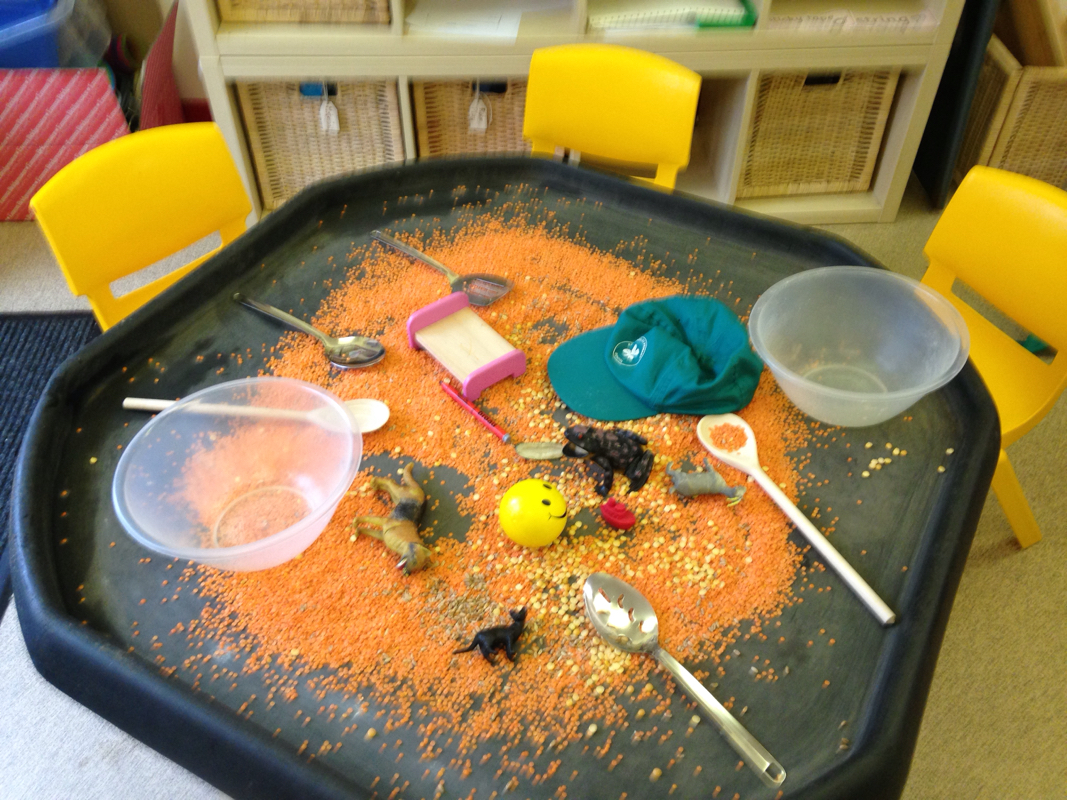 Once upon a time there was a poor and tired an walking through a deep forest. He made his living selling a little bit of this and a little bit of that. Now he was cold and tired and hungry and what was even worse, he had nothing left to sell. All he owned were the ragged clothes he wore and an old, bent nail.

When he came out of the forest he saw a little cottage, with smoke rising from the chimney. He knocked on the door, the door opened and a woman looked at him suspiciously.

"Please, could you be as good as to give a poor man shelter for the night?" he asked.
"I know your kind, she said, if I let you in you won´t leave before you have eaten everything I have. And I tell you, I´m so poor I haven´t had a bite for three days. So you just go away!"

But the man was a clever fellow, and the woman was so greedy that she immediately invited him when he said that of course he didn´t want to eat the little she had. On the contrary, he wanted her to share his evening meal.
"But first I want to see the food you say you want to share" she said.
"This is all I need" he said, and took an old, bent nail out of his pocket. "Just bring me a pot and some water, and I´ll cook the best soup you ever tasted with this nail".

The woman brought a pot and looked with amazement as the tramp made a fire, cooked some water and dropped the nail in it. "The soup might be a little thin", he said. "You see I have been using the nail for seven days now. It is a pity you don´t have a little salt, that would surely make the soup taste like a soup fit for any gentleman´s house. But what we lack, we don´t have".

The man praised the wisdom of the woman and the excellent taste of the soup.
"I think it would even be fit to serve the king, if we only had a little meat to add" said the tramp. But there is no use longing for the impossible. What we lack, we don´t have".
"Now that I come to think of it", said the woman. "There might be some dried meat left somewhere".
The man happily added the meat to the by now sweet-smelling soup, the woman made the table with her finest silver spoons and her best plates. When she came to think of it, there was actually some wine left since her husband´s funeral.

So she felt almost like a queen when they shared the soup the man had cooked with his nail. The next morning he left without his nail, because the woman wouldn´t let him go before he agreed to sell it. And still to this day, the nail has been very useful. Not only can you make a wonderful soup, but you can also use it for cooking tales with. True, what we lack we don't have, but if you add a little of this and a little of that it will certainly be a story fit for telling to a king!

Unfortunately not the ones with chocolate chips.

Some cookies are necessary in order to make this website function correctly. These are set by default and whilst you can block or delete them by changing your browser settings, some functionality such as being able to log in to the website will not work if you do this. The necessary cookies set on this website are as follows:

Cookies that are not necessary to make the website work, but which enable additional functionality, can also be set. By default these cookies are disabled, but you can choose to enable them below: